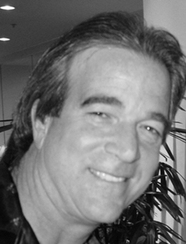 The martial arts career of Sensei Francis "Franko" Ferris began in 1983 with karate classes at the University of Nevada, Reno. His love of Dan Zan Ryu Jujitsu began in 1986 when Sensei Ferris joined the Bushidokan Dojo in Sparks, Nevada, where he trained for 10 years with many great martial artists. By 1991 he achieved the rank of Shodan (Black Belt) in the AJJF (American Judo & Jujitsu Federation), and found that he had a natural love to instruct all age levels and abilities. It was 1993 that Sensei Ferris achieved the rank of AJJF Nidan (2nd Degree Black Belt) and his already busy classes continued to grow. The AJJF promoted Sensei Ferris to Sandan (3rd Degree Black Belt) in 1996.

In 1997 Sensei Frank Ferris opened High Sierra Jujitsu with his wife Cyndi (Nidan) and friend Gary Smith (Sandan). Sensei Ferris now holds the rank of Rokudan (6th Degree Black Belt) with the AJJF. Sensei Ferris continues to travel to conventions, clinics and dojos throughout the nation and encourages his students to do the same so that they may become more complete martial artists.